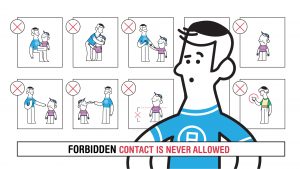 Sexual abuse allegations against figures such as Rabbi Shmuel Krawatsky and Rabbi Mendel Levine, exposed in a series of recent investigative articles, have disturbed, rallied and split the Orthodox community across the globe. Since these stories came to the forefront, numerous articles, blogs and social media posts were written addressing the cases.

The Jewish community, agitated and unable to deny the situation any longer, stepped up to publicly address the issue. As usually happens in such scenarios, while many united in sympathy and support for the victims and their families, there was a not-insignificant group of others who rose to the defense of the alleged perpetrators, to the extent that they carried out personal attacks and even bullied families who brought the complaints to the police.

It is clear that these cases succeeded in bringing up our intense vulnerability as a community, trapping us between complex and seemingly conflicting values of dan l’kaf zchut (judge leniently), lashon hara (defamation), tzedek (justice), al ta’amod al dam re’echa (don’t stand idly while others are in danger), chilul Hashem (desecrating God’s name), emes (truth), and mesira (reporting the conduct of another Jew to a civil authority).

While this dilemma and the resulting public battle have left many people asking questions about investigations, evidence, support, community, unity and punishment, it is shocking that we still allow this to happen right in front of us. Child sexual abuse occurs when there is trust, secrecy and opportunity – and for some reason, we as parents, rabbis, leaders, and educators seem to be giving all three freely, without discernment, leaving our precious children exposed.

Child sexual abuse is a traumatizing and life-altering tragedy, one that often impacts the victims and their families for generations. Child sexual abuse is also a preventable tragedy, one that is eradicated or significantly minimized in places in which proper safety measures are in place. Safety measures are particularly necessary in youth groups and summer camps, both of which are minimally supervised environments.

In the specific cases mentioned above, Rabbi Levine worked as a camp counselor and Rabbi Krawatsky worked in Jewish camps for years and lead a youth group for children with developmental disabilities – a population particularly vulnerable to abuse. Rabbi Krawatsky specifically was even admired for his tactics for establishing closeness with children, tactics that those with an educated and discerning eye would perhaps identified as grooming techniques that should have raised red flags.

These cases of abuse by rabbis and counselors in summer camp highlight the necessity for every single one of us, the adults on whom our children depend, to prevent sexual abuse. However, it is important to understand that prevention isn’t about going to a lecture or reading an article (although those are excellent first steps), but rather creating a safe and transparent environment whereby nobody, irrespective of status, affiliation, gender, age, or connection to the child, has the opportunity to cross or violate boundaries.

Creating a safe environment begins with education and good enforceable policies. Without becoming experts in the field or getting overwhelmed in the horrors of this terrible social disease, we need to become informed about this issue and learn to create a safe environment through policies relating to any place in which children are found (e.g. home, school, camp, etc.). Policies need to address both guidelines for behavioral and physical interactions, as well as procedures for intervening in and reporting cases in which boundaries have been violated.

The word “policies” often makes people cringe or roll their eyes. It can feel exhausting and cumbersome, and disconnected from reality. However, good policies are what can and will make the difference between protected children and vulnerable children.

Organizations such as ASAP, which works with dozens of organizations throughout Israel and the US, offer camp abuse-prevention programs that provides standardized safety guidelines for Jewish camps. Resources include innovative online curricula and staff training and certification. When Jewish institutions adopt and implement such programs, they send out a clear message to children, parents, the community, and potential perpetrators that they are educated, vigilant and do not tolerate abuse.

When parents take responsibility and insist that camps and schools have anti-abuse training and policies in place which are enforced throughout their system, they send a strong message as well: our children come first and negligence will not be tolerated. When child sexual abuse and abuse-prevention are taken seriously, we may be able to prevent atrocities from happening again, and ensure that our communities are safe and our values are in the right place.

Support and help victims of abuse!